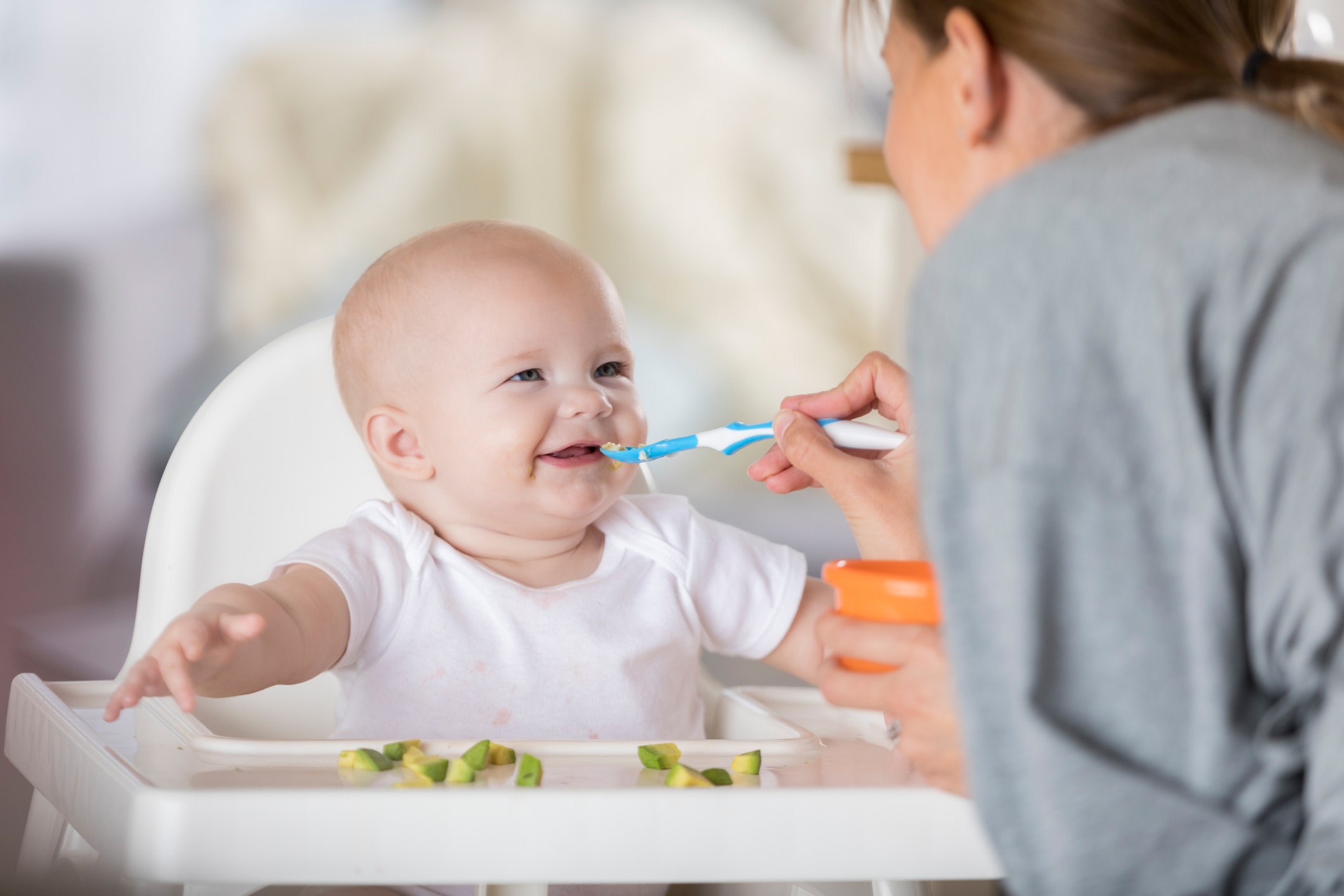 Want your baby to go gaga for greens? Start him off right.
For the first time, experts reporting to the US Department of Health & Human Services and the US Department of Agriculture have included the advice as part of a twice-a-decade study into how people’s diet affects long-term health, and are offering new information about feeding babies from birth until 2 years of age.
CLICK HERE TO GET THE FOX NEWS APP
And that old adage “Food before 1 is just for fun,” no longer applies.
The report confirmed that a healthy diet during the life stages from birth to 24 months and during pregnancy and lactation “is essential to support healthy growth and development during infancy and childhood, adolescence and adulthood.”
Want your baby to go gaga for greens? Start him off right
(iStock)
It maintained that the first 1,000 days of life “not only contribute to long-term health but also help shape taste preferences and food choices.”  Not only that, the committee said: “early life nutritional exposures have emerged as an etiological risk factor associated with later-life chronic disease risk.”
Here are six of the key points outlined by the 2020 Dietary Guidelines Advisory Committee relating to the eating habits of young kids and pregnant women:
Absolutely no added sugar for babies
“Infants should avoid food and drink with added sugar during the first two years of life,” the committee stated. “The energy in such products is likely to displace energy from nutrient-dense foods, increasing the risk of nutrient inadequacies.” The experts made the link between consumption of sugar-sweetened processed beverages and being overweight or obese. They said nearly 70 percent of added sugars come from products such as sweetened drinks, desserts, sweet snacks and breakfast cereals and bars.
Breast milk is better
“The strongest evidence found was that ever being breast-fed may reduce the risk of overweight or obesity, type 1 diabetes and asthma compared to never being breast-fed,” the committee concluded. The members found rapid weight gain was more likely among formula-fed infants than those nursed by their mothers, possibly due to higher protein intake with formula or overfeeding by the caregiver so as not to “waste” food.
No solids for babies before they are 4 months old
Research showed that starting an infant’s first foods ahead of the four-month threshold is associated with an increased risk of obesity between the ages of 2 and 12. The problem was especially true for formula-fed babies who might not be able to regulate their feelings of “fullness” as well as breast-fed ones.
Introduce peanuts and eggs early to reduce allergies
The committee found that feeding peanuts and eggs “in an age appropriate form” after 4 months of age could reduce the risk of food allergy. It said the evidence wasn’t as strong for other allergens such as nuts and seafood. There was also no harm in introducing such potentially allergic foods at this stage.
Give Vitamin D and pay attention to iron and zinc
Since breast milk doesn’t contain enough Vitamin D, the committee recommended that fully and partially breast-fed babies be supplemented with 400 IU of the vitamin from birth until they are weaned. More Vitamin D than that dose is unnecessary. The experts also recommended parents of breast-fed babies feed them foods like meats that are rich in iron and zinc during the second six months of their lives, or fortify with iron-enriched foods such as infant cereals. Polyunsaturated fatty acids found in fish, fish oil, vegetable oil, nuts and seeds also play an important part in brain development.
What women eat during conception and pregnancy matters
The report warned that “the risk of chronic diseases begins early in life, with important health consequences for the fetus based on the dietary intake of the mother and subsequent feeding behaviors in infancy and early childhood.” One of the solutions for both pregnant women and infants is eating fish (at least 8 to 12 ounces each week) or seafood high in omega-3 fatty acids and low in methylmercury such as crab, oysters, salmon, scallops, shrimp, squid and tilapia. Research showed it may boost children’s cognitive development as well as language and communication.